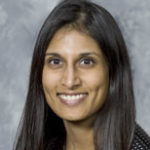 As anesthesiologists, we make difficult and potentially lifesaving decisions every day, usually during surgery. But sometimes, we make the tough calls moments before surgery begins.

I recently met with an elderly woman who needed surgery to treat life-threatening lung cancer. What I discovered during this routine pre-op meeting was just as serious.

My patient suffered from heart disease and had experienced multiple heart attacks, some as recently as a few months before. She also was taking several prescription medicines, which can cause problems during surgery. I felt the surgery could be safely performed as long as my patient followed my specific instructions about which medications to take, and not take, the morning of the surgery. I called her the night before to remind her.

On the day of the surgery, the patient’s son took me aside. “Mom doesn’t remember what medication she took today,” he said. I questioned my patient and she reluctantly admitted that she had forgotten what I’d told her and took all of her medications.

I knew then I had a tough call to make. Although it was critically important to treat my patient’s spreading lung cancer, moving forward would place her life in even greater jeopardy. My patient went home and returned a few weeks later, properly prepared for a successful surgery.

At critical moments, it takes a physician to understand and properly advocate for the safest and highest-quality outcomes for the patient, even if it means delaying a procedure.