Death and All His Friends 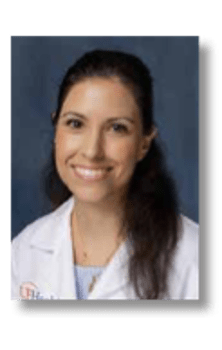 Mr. R lay in a frozen nest of padding and plastic tubes coming from every possible vessel in his body. His family formed a quiet vigil around him as he completed the protocol for therapeutic hypothermia. By all accounts, the person in front of me was nothing more than the pale shadow of the man described by loved ones.

Earlier that afternoon, Mr. R was celebrating his 89th birthday with his entire extended family from Colombia. They ate, drank, and were merry in what was described as an epic party—an epic party that came to a sudden and unexpected end when Mr. R suffered a cardiac arrest while salsa dancing, leading to his presence before me in a cardiac ICU.

Over the course of weeks, I came to know his sons and daughters, the beat of his heart, and the soft exhale of his lungs. His hospital course was like watching a computer reboot itself, complete with a language barrier in the form of an endotracheal tube keeping him mute.

Every day, I would talk to him and present his case on rounds. Unlike many patients, he graduated from the mechanical ventilator and slowly progressed to blinking back at me with a blank stare. His family said he interacted with them, even following commands. Yet day after day, he initially did nothing more for me than flail about, darting his eyes across the room without fixating on anything in particular. The accounts of his family were so different from what I saw that I brought his daughter to the bedside to coax him to not be afraid, to understand that we were not there to hurt him.

What happened in the subsequent few days is best described by the song, “Tryouts” from the Rudy motion picture soundtrack.

On rounds, when asked to stick out his tongue, he did.

When asked to give a thumbs up, he did!

It was like the victory scene of the movie, except instead of being carried off the field on his teammates’ shoulders amid a stadium of cheers, Mr. R was carried to a general hospital floor by a team of transporters amid the sounds of monitors. I can confirm that he walked out of the hospital a week later.

However, Mr. R’s miraculous recovery from an out-of-hospital cardiac arrest is the exception, not the norm. Out-of-hospital cardiac arrests with initial non-shockable rhythms carry dismal survival rates, with 5.9% of patients reaching hospital discharge1 and 4.9% achieving 30-day survival2. Most survivors who leave the intensive care unit do so with severe disability and poor functional recovery.

The reality is that no one wants to die or even confront their own mortality. Most Americans report they would prefer a gentle, quick, and natural death at home that does not provide their families a financial burden3,4. Yet, many patients, wishing to prolong life by any means, will readily agree to have “everything done,” even if that means going against all of their original wishes.

Advances in modern medicine eliminate a quick death from the dying process through the continual increase in placement of implantable defibrillators, ventricular support devices, feeding tubes, endotracheal/tracheostomy tubes, bridges to transplant, and oftentimes, bridges to nowhere. The modern death has evolved into a slow and prolonged dance as patients bounce from in-hospital care to skilled nursing home care, back to the ICU, back to the nursing home, and so forth. The reality is that by the time a patient reaches an intensive care unit, the “quick and gentle” death option is usually far-gone.

As physicians, we live in a system that rewards us for doing everything possible to save a life, but we often receive little guidance on when to stop. At what point is the treatment also the harm? At what point do we let go and welcome death and all his friends?

A study comparing physician attitudes toward advance directives between a cohort of physicians in 1989 (two years before the Patient Self Determination Act‡ was enacted) and 2013 showed no significant change in the interim 23 years. In fact, an overwhelming number of physicians (88.3% to be exact) chose do-not-resuscitate (DNR) status and wanted to be organ donors, suggesting that physicians provide aggressive measures for terminally ill patients yet personally decline such care for themselves5.

This is reflective of the inherently unequal physician-patient relationship. Doctors know what is coming and what the procedures, devices, and therapies offered involve. In an ideal world, care would be standardized, but despite advance directives, living wills, and healthcare proxies put in place to facilitate patient autonomy, individual doctors’ practice styles or institutional capacity predominate and direct care instead. More than 20 years after the publication of the SUPPORT trial§5, 6, we still struggle to honor patient wishes whether confronted with traditional or non-traditional advanced directives, such as the unconscious patient with a signed DNR tattoo on his chest7. Is it enough to encourage more frank conversations and open lines of communication between intensive care teams and seriously ill patients and their families? When these are unavailable, how many times and in how many ways must our patients reassure us of their wishes?

At times, I cannot help but wonder if we prolong death more than we prolong life.

It is human nature to push the limits of mortality, but is sudden death after a ferocious salsa at your 89th birthday party the worst way to go?