Governance Resources for Members – At this page you'll find Governance documents such as Administrative Procedures, Bylaws, and meeting materials including handbooks and minutes. You must be logged in as a member to access this page.

ASA has a multi-tiered governance structure. There are four primary governing bodies:

House of Delegates (HOD) – The HOD is the primary representative, legislative and policy-setting body of ASA. It is composed of the ASA Board of Directors, component and subspecialty delegates and alternate delegates, and five Resident Component Governing Council members. The HOD exercises final authority over all matters except where delegated elsewhere by the bylaws. They meet over two sessions held in conjunction with the Annual Meeting.

Board of Directors (BOD) – The BOD is composed of the Administrative Council, one director and alternate director from each of the 56 component societies, the Anesthesiology journal editor-in-chief, section chairs, past ASA presidents, a medical student and the American Medical Association delegation chair. The BOD directs publication and distribution of all official documents, journals and reports mandated by the HOD. It establishes and oversees the ASA’s reserve funds and executes duties specified in the ASA Bylaws. It also exercises full powers of the HOD in the interim between HOD meetings, and reports its activities to the HOD for ratification at that body’s annual sessions. They meet at least three times a year.

The Administrative Council (AC) – The AC is composed of the 12 officers of ASA and convenes a minimum of four times each year. They are the official planning body of the ASA; between BOD meetings, it may exercise most of the powers of the BOD.

The Executive Committee (EC) – The EC consists of the president, president-elect and the first vice president. The president may name the immediate past president as a fourth member of the EC. The EC expedites, executes and administers the policies adopted by the HOD and BOD. If necessary, they may publish and implement positions or statements on behalf of ASA when this proves to be in the Society’s best interests. 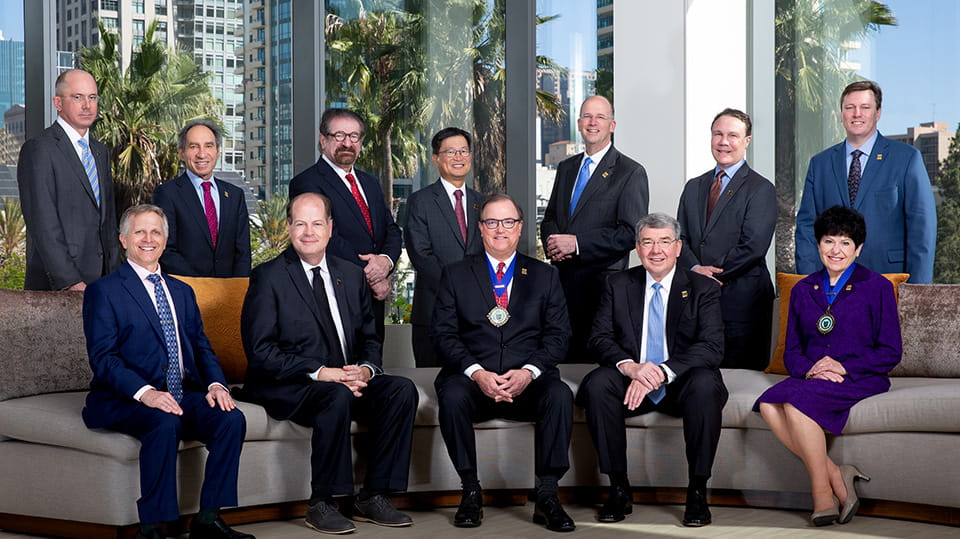